This beautiful signature quilt was made for Sister McAlister of the Willett St. Methodist Episcopal church in New York City. She was a founder of the Sunday School program and her husband was the Reverend at the church. She was born in England and he in Ireland. It is dated 1858, they were both in their 30s. Full of love for Sister McAlister. 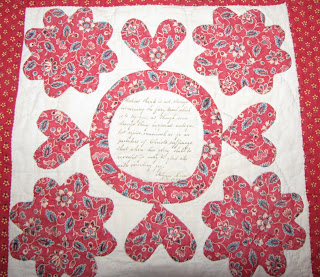 This block's sentiment is from the Bible 1 Peter 4: 12-13
"Beloved, think it not strange concerning the fiery trial which is to try you, as though some strange thing happened unto you: But rejoice, inasmuch as ye are partakers of Christ's sufferings; that, when his glory shall be revealed, ye may be glad also with exceeding joy." Signed by Almira Losee, NY 1858 (quilt made in New York City for Methodist Episcopalian Sunday School Leader Esther McAlister.

I adore how this quilt literally exudes love - look at how many blocks have multiple hearts in them! 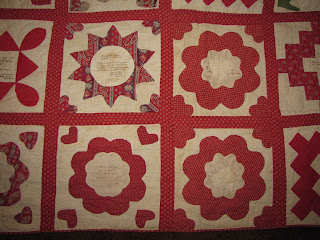 And if you look very closely, you'll see there are hidden hearts in the centers of the 2 wreaths on the right. Lots of Methodist Episcopal hymns and Bible verses and other expressions of love. 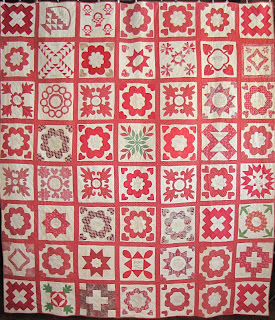 Would anyone like to do this as a pattern? Perhaps as a sew-along? 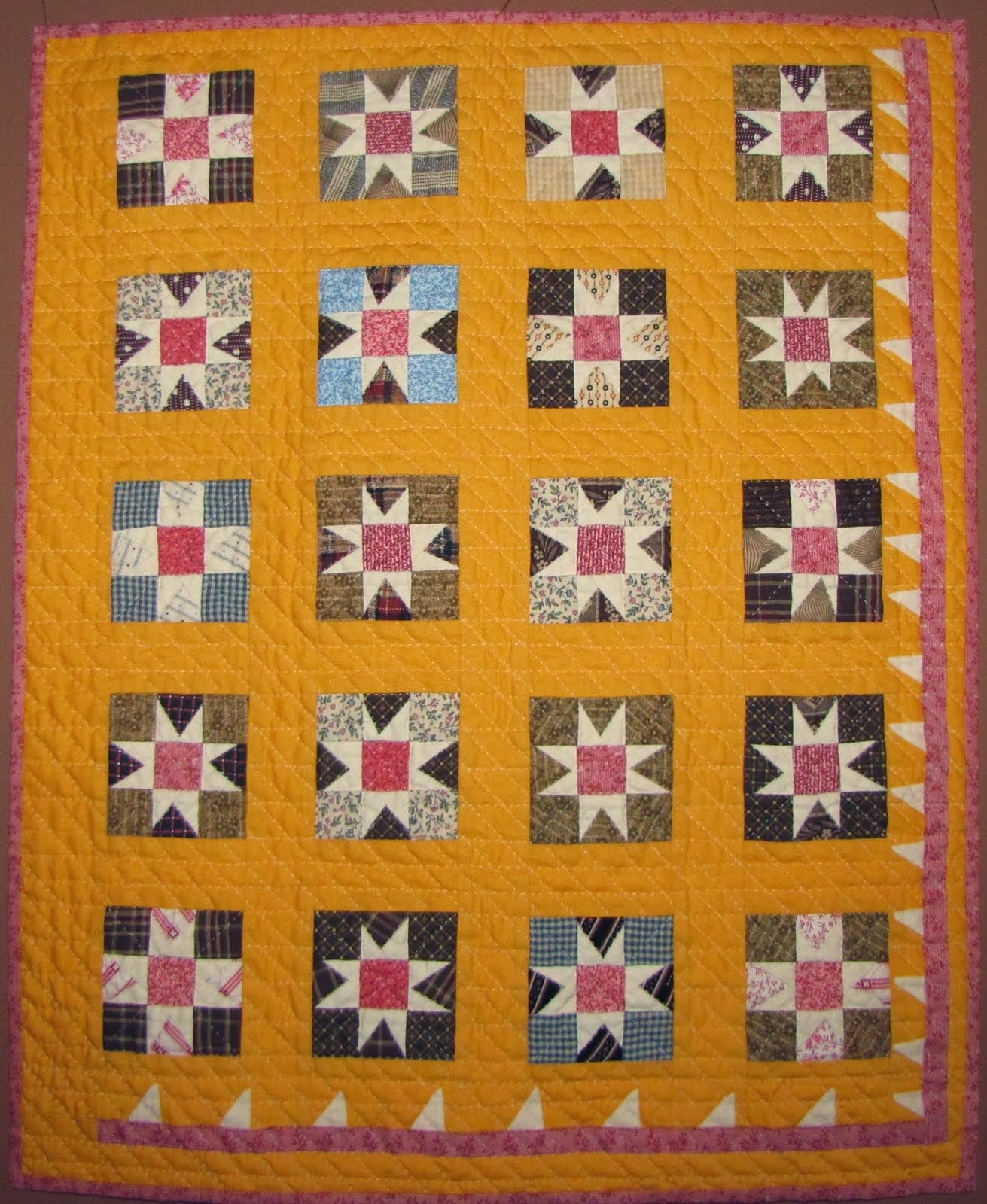 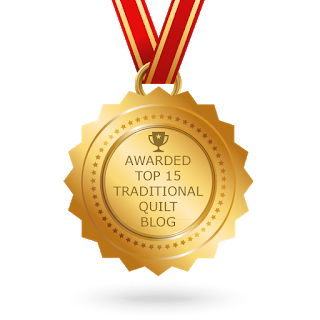 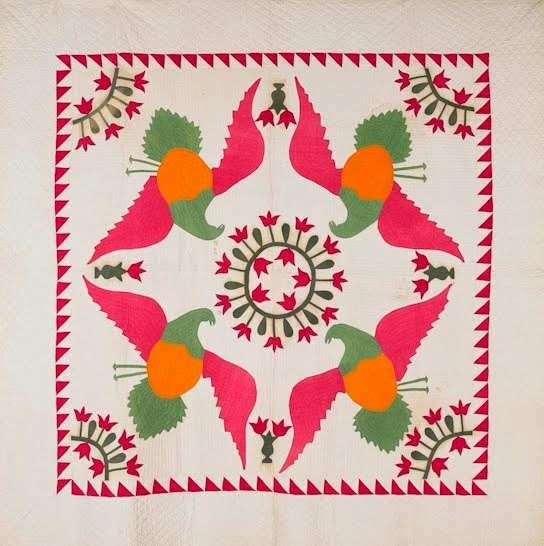